Implies the highest level of detail and a custom-oriented approach. These ultimately lifelike figures provide complete immersion in their eras by virtue of the detailed face features bearing a striking resemblance to historical persons and a complex landscape. We can create bushes and trees, walls and buildings, ponds and streams complementing a figure. Custom-made weapons can be provided. These figures can become the centerpieces of your collection which you can boast. Assembling and painting takes up to 60 working days from the date of payment. 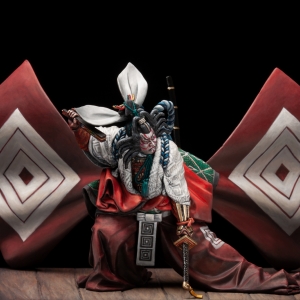 The historical Kamakura Kagemasa is famous for his bravery for having continued to fight for the Minamoto clan after losing an eye in battle in the Gosannen W ar (1083–1087). In the play, when the evil lord has ordered his retainers to kill the imperial prisoners who will not obey his will, Kamakura Gongoro, who is capable of superhuman strength, appears with the shout “Shibaraku” (Wait a Moment!) and saves their lives. 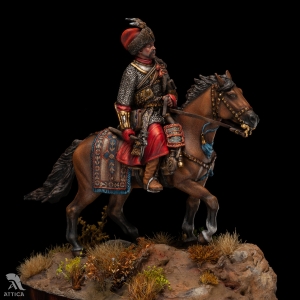 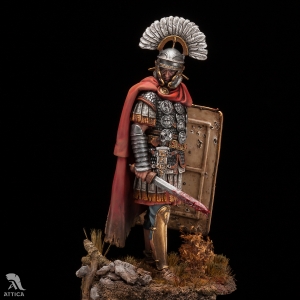 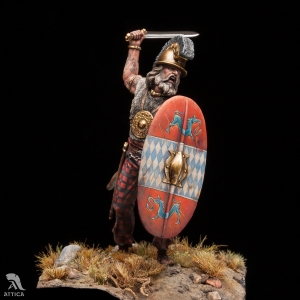 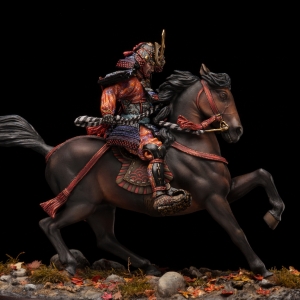 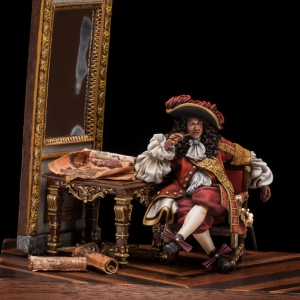 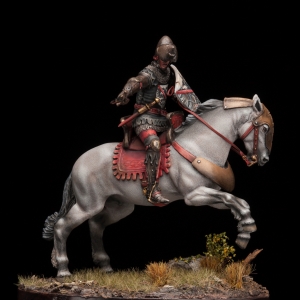 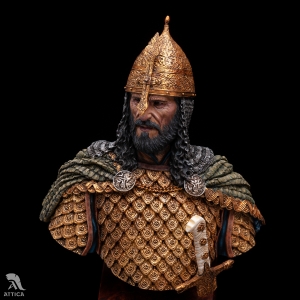 Saladin, Sultan of Egypt and Syria 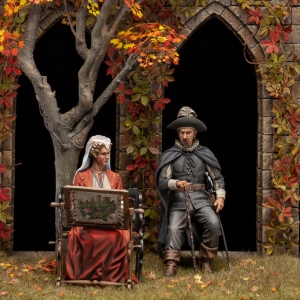 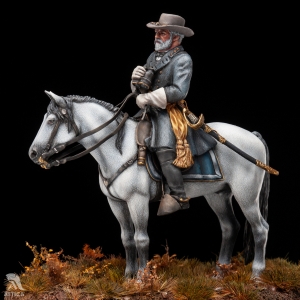 Confederate General Robert E. Lee (January 19, 1807 – October 12, 1870) mounted on Traveller, a gray American Saddlebred horse. The horse that was his closest companion during the Civil War became his instrument in finding peace afterwards.

In a let ter dictated to his daughter shortly before his death, the old general described his beloved war horse. “I am no artist; I can only say he is a Confederate grey. I purchased him in the mountains of Virginia in the autumn of 1861. He has been my patient follower ever since — to Georgia, the Carolinas, and back to Virginia. He carried me through the Seven Days battle around Richmond, the Second Manassas, at Sharpsburg, Fredericksburg, the last day at Chancellorsville, to Pennsylvania, at Gettysburg, and back to the Rappahannock…You can, I am sure, from what I have said, paint his portrait.” Traveller outlived Lee by only a few months. 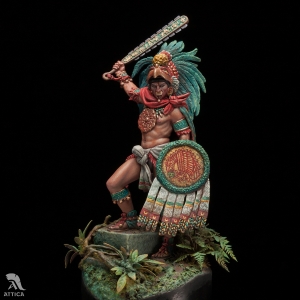 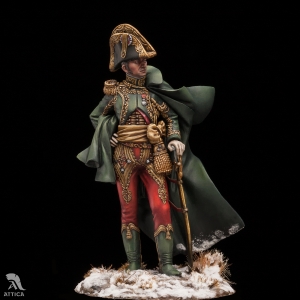 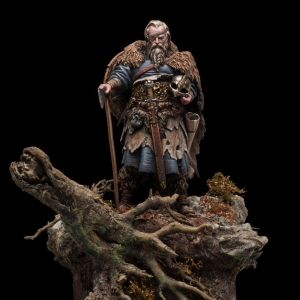 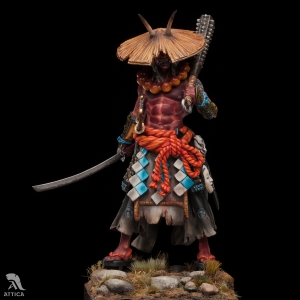 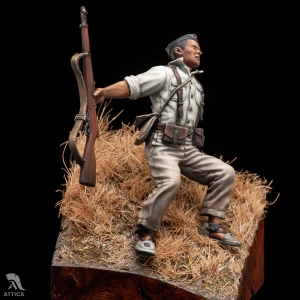 The most iconic photograph of the Spanish Ci...

The most iconic photograph of the Spanish Civil War is Robert Capa’s photo of a Loyalist Militiaman. The photo depicts the death of a Republican Iberian Federation of Libertarian Youth (FIJL) soldier, during the Battle of Cerro Muriano in the Spanish Civil War o n September 5, 1936. The soldier in the photograph was claimed to be the anarchist militiaman Federico Borrell García.

We have created the miniature of The Falling Soldier from scratch.